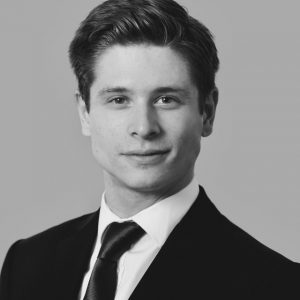 The Disclosure Pilot in the Business & Property Courts (the provisions of which are set out in Practice Direction 51U of the CPR) came into effect on 1st January 2019. It will apply to all claims proceeding before those Courts for a period of two years. If deemed a success, we can expect its provisions to be rolled out on a far larger scale, fundamentally changing our approach to disclosure in large commercial professional negligence cases.

The Disclosure Pilot is ambitious in its aims. It intends no less than to achieve a “culture change”, in the words of the Chancellor of the High Court, Sir Geoffrey Vos, in the first major judgment on the Pilot, Sheffield United Ltd v UTB LLC [2019] EWHC 914 (Ch) (paragraph 75). His Lordship expanded, “It operates along different lines [than CPR 31] driven by reasonableness and proportionality (see paragraph 2 of PD51U), with disclosure being directed specifically to defined issues arising in the proceedings.” (paragraph 75).

Crucially, the Chancellor’s judgment has confirmed that the Pilot applies to all cases proceeding before the Business & Property Courts, including those in which an order for standard disclosure under CPR 31 had been made. This conclusion subverted the expectation of most practitioners who, emboldened by the notes to the White Book Commentary (2019) considered that the Pilot would not apply to cases where an order for standard disclosure had been made prior to 1st January 2019: see paragraph 16 of the Chancellor’s judgment. His Lordship went on to confirm that, in line with the Pilot’s intended “culture change”, the Courts would take a strict approach to applications for further disclosure.

The Pilot is plainly intended to reduce combative skirmishes between parties on disclosure, and to avoid multiple days spent in Court arguing over such issues: see for example the judgment of Master Shurman in Canary Riverside v Circus [2019] EWHC 154 (Ch), in which the Master (dealing with an application under CPR 31) welcomed the impending arrival of the Disclosure Pilot.

In order to its achieve its aim of restricting disclosure to that which is reasonably necessary and proportionate, the Pilot introduces a number of new concepts. Critical to note are the following:

Here are a few things that practitioners can bear in mind when trying to handle disclosure under the Pilot:

We can expect many judgments on the application of these new principles in the coming months. Amongst other things, the proper approach to “Known Adverse Documents” is likely to be the subject of contention. However, chief to success in disclosure will be a recognition of the Pilot’s core underlying aims of proportionality, focus on probative value and collaboration.