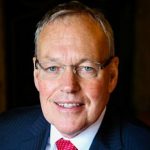 Phillip became a full-time independent mediator in 2005. At the same time he became a consultant in ADR with KWM SJ Berwin LLP, who had a worldwide reputation for leadership in mediation and ADR and head of their ADR Unit. In 2010 he joined Independent Mediators as a full-time mediator.

He is listed in the top tiers of both the Legal 500 and Chambers & Partners as well as featuring in the international directory Who’s Who Legal: Mediation.

He was one of the first European mediators to be invited to join the International Academy of Mediators as a Fellow and became a board member. He is a mediation Fellow of the CIArb.

Phillip was a Partner in Morgan Cole for 23 years and led their commercial litigation group for 12 years as well as serving as a member of firm’s main board.