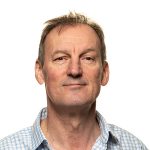 Philip is a Partner in the Dispute Resolution team.

Philip is a skilled negotiator, often achieving out of court settlements. He is also experienced in the use of arbitration and is an accredited mediator.

Philip regularly represents clients in court proceedings in high value and complex claims, those requiring an injunction or referred to the Court of Appeal or Supreme Court.

Recent examples of how Philip has helped clients include:

recovering several million pounds from the Department of Health on behalf of an insolvent company which lost an NHS contract due to a rigged tendering process;
securing a court order for SMEG (UK) Ltd confirming their entitlement to terminate a distribution agreement with a distributor in the Republic of Ireland and directing the distributor to settle invoices totalling £150,000;
obtaining a court order against a UK bank in pursuit of a fraud action for dishonest appropriation of over £300,000;
obtaining a significant judgment involving several million pounds for a firm of solicitors which had been diverted from the business by a former equity partner expelled for dishonesty; and
securing the removal of a 160ft Dutch barge from the Harleyford Estate following contested forfeiture proceedings