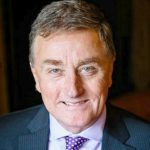 Jonathan has been a commercial mediator for 27 years. His practice covers a wide range of commercial topics including but not limited to claims for restitution based on fraud, breaches of restrictive covenants by departing employees, professional negligence, insolvency, construction and property as well as more general commercial, company and contractual matters.

Jonathan was Senior Partner of Oxford law firm (Linnells) from 1998, leading it into a merger with the larger regional firm of Blake Lapthorn (now Blake Morgan) in 2003. He was Chairman of Blake Lapthorn from 2005 until 2011 and left the firm in 2012. Since 2012 Jonathan has practised full time as a commercial mediator.

Jonathan was a founder director of ADR Net Ltd and subsequently became Chairman until he stepped down in 2011. He also served for 6 years on the ADR Committee of the Law Society of England and Wales. In 2013 he was elected a Distinguished Fellow and Board member of the International Academy of Mediators. He is also accredited by the International Mediation Institute.

He has spoken on mediation topics in the USA, South Africa, Holland and Estonia and has provided the Evaluative Mediation module in the RICS mediation training course.

Jonathan is listed in the top tiers of both the Legal 500 and Chambers & Partners as well as featuring in the international directory Who's Who Legal: Mediation.