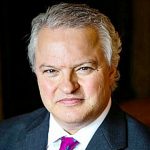 Bill Marsh is one of the UK’s most experienced commercial mediators. Involved full-time in mediation since 1991, he has successfully mediated a wide cross-section of commercial disputes. International recognition has led to Bill being awarded Mediator of the Year 2019 by the international directory Who’s Who Legal. He is consistently ranked in the top tiers of both Chambers & Partners and the Legal 500.

He was for 11 years (until February 2002) Executive Director of CEDR. He has also worked with some of the major ADR organisations in Australia, Hong Kong, Singapore, Netherlands, France, Austria, Russia, Slovakia, Romania, Bulgaria and Canada. He is a Distinguished Fellow of International Academy of Mediators and a International Mediation Institute Certified Mediator amongst others.