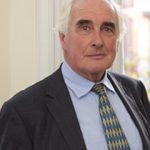 CEDR Accredited in 1996, Charles has been acting as a commercial mediator on a regular basis since then and as an independent mediator since 1998. Cases mediated include but are not limited to disputes in the professional negligence, insurance and reinsurance, partnership and company board, commercial contract, pensions, IT, franchise, logistics and fraud fields including multi-party and international.

Between 1981 and 1998 Charles was a partner in the leading London based international law firm, Lovell White Durrant, now Hogan Lovells. Resident partner of the New York office between 1985 and 1988, and a full-time Managing Partner of the firm between 1991 and 1995. He acted as a lawyer on a broad range of commercial cases including professional indemnity, corporate takeovers, insurance and reinsurance, tort and contract, and international asset tracing.

Charles was involved in the development of ADR in USA and UK since the mid 1980’s and one of CEDR’s original directors.

He is listed in the top tier of both the Legal 500 and Chambers & Partners as well as featuring in the international directory Who’s Who Legal: Mediation.