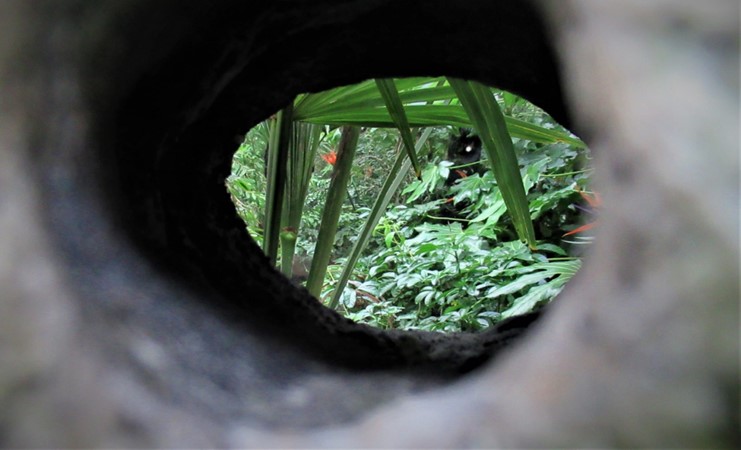 Professional Negligence and Liability – “Getting inside the case”

Professional negligence and liability. The law continues to develop with another new crop of recent judgments. Legal principles are developing not only in a linear fashion according to the type of professional or area of law, but also in ways which can be applied thinking laterally to many other situations. Is there a scenic outcome to your case? – this conference will help you to find out.

X mins Chairman’s Keynote Address
Mark Cannon QC – 4 New Square – Head of Chambers
Described in the directories as “superb”, “extremely solid and punchy” and “technically excellent”, Mark Cannon QC is a well-established commercial silk, whose practice is mainly focused on the areas of professional liability in a commercial context, insurance and reinsurance and construction.

He is an experienced and highly effective advocate in trials, arbitrations and appellate courts and has appeared in numerous leading and reported cases. Much of his work involves the preparation of cases for trial. He also has a strong advisory practice and accepts appointments as an arbitrator. https://www.4newsquare.com/barristers/mark-cannon-qc/

X mins Keynote Address
Sir David Foskett – 39 Essex Street
Until his retirement as a judge in 2019, David was a “highly respected” first instance High Court judge (the Supreme Court in Mandalia v SSHD [2015] UKSC 59). He presided over a number of high profile cases and dealt with a wide spectrum of disputes including commercial and employment matters, education, sporting and leisure-related cases, planning and public law cases (many involving human rights issues) and significant clinical and other professional negligence and personal injury cases. He case-managed and tried substantial multi-party litigation and engaged in significant fact-finding exercises in many cases.
Following his retirement as a full-time judge, David joined 39 Essex Chambers as an arbitrator/mediator and accepts appointments in those capacities or as early neutral evaluator, both domestically and internationally, and is also available to conduct independent inquiries, chair disciplinary proceedings or appeals therefrom within corporate and/or public, sporting, educational or similar bodies.
Prior to his appointment as a judge in 2007 he had a distinguished career at the Bar with a broad common law practice, but specialising in professional negligence and general commercial matters. He has been a Fellow of the Chartered Institute of Arbitrators since 1992 and is a member of the LCIA and the ICC. He is also a member of the Court of the Worshipful Company of Arbitrators. He was Treasurer of Gray’s Inn in 2018.

As from 1 June 2019 he has been Chair of the Civil Mediation Council in the UK.
His interest in and identification with dispute resolution began with the publication in 1980 of the 1st edition of ‘The Law and Practice of Compromise’, now known as ‘Foskett on Compromise’. This book is seen as the primary reference point for all issues concerning settlement and is used by practitioners and judges both in the UK and in other common law jurisdictions across the world. The 9th edition was published early this year. https://www.39essex.com/barrister/sir-david-foskett/

Described as “calm under pressure and always willing to stick his neck out on a case” he acts for both claimants and defendants in the TCC, Commercial and Mercantile Courts, Queen’s Bench Division, Chancery Division and Arbitrations. He also appears in the Court of Appeal and in expert determinations, mediations and other ADR hearings.

Chambers and Partners has described Ben as greatly respected for his effective manner in court, “he has a very nice way of presenting an argument which appeals to judges hugely,” and his ‘good commercial instincts’. ‘Peers are impressed by his skills as an advocate generally, and particularly note his strength in solicitor negligence cases’ as well as the “incredibly calm,” “persuasive” approach he demonstrates in his construction and professional indemnity work for a client base of developers, contractors and insurers. Previous editions says of him “You can throw anything his way and he will deal with it.” “He has a mild and gentle manner with clients, but is determined and clear in his advice. He is also very effective as an advocate, as he’s calm but good at focusing on the right issues and directing judges’ attention to them.” “Technically he’s one of the best around. He is also highly responsive.” Ben is also rated as a leading Silk by the Legal 500.

Ben has also been described in the Directories as being “really at the top of his game”, “a top performer who has a very concise and effective drafting, advisory and advocacy style” and “a star of the future”. https://www.4newsquare.com/barristers/ben-patten-qc/

Nicholas brings with him twenty years’ worth of experience working as a solicitor in London on both contentious and non-contentious company commercial and corporate matters. Having been a practitioner, he is fully aware of the pressure and time constraints a commercial litigator has to operate under and will be able to bring his insights to the table and provide a fast and professional service. https://www.temple-legal.co.uk/about-us/our-people/

Siân has a particular interest in disputes involving construction, IT, technical and scientific elements and this has led to a strong construction/engineering practice and wide ranging experience in regulatory and experimental product testing claims.
Prior to her successful first application for silk in 2018, Siân was recognised as a Leading Junior by the directories for Construction, Professional Negligence and Disciplinary.

In Legal 500, 2019 Siân is described by her clients as “an excellent advocate – tenacious and extremely detailed, identifying potential problems and arguments even before they arise” and “tremendously bright, has a tenacious eye for detail, and brings a new level of strategic thinking to the table”.

In Chambers & Partners, 2019, Siân has been commended for her approach to her cases: “She is very competent and thorough and hits the right points in the right places”, “extremely responsive wherever she is and whatever the time zone. She has a very reassuring demeanour that instils confidence all round”, “proactive, helpful” and “someone who prepares the case very well”. Who’s Who Legal, 2019 says: “Siân Mirchandani QC is recognised for her superb professional negligence practice.” https://www.4newsquare.com/barristers/sian-mirchandani/

X mins – Business Interruption Insurance
Ben Lynch QC – Fountain Court Chambers
Ben has a specialist practice in the fields of insurance / re-insurance and was the winner of the Chambers and Partners 2017 Insurance Junior of the Year award, being described in the directories as “most highly regarded junior counsel in insurance and reinsurance”. Ben is highly regarded and ranked in the fields of Commercial Dispute Resolution, Professional Negligence and Telecommunications, described as (amongst other things) “A barrister with a frighteningly astute mind, who doesn’t leave any stone unturned.”

X mins Limitation – latest developments
Carlo Taczalski and Nicola Atkins– Crown Office Chambers
Carlo specialises in commercial, construction, insurance, and professional negligence matters. He has been recommended in the Legal 500 as a leading individual in a number of his core practice areas since 2017.

He is regularly in court both on trials and interlocutory matters, for both claimants and defendants as sole counsel and in both leading and led capacities. He has appeared before a wide range of tribunals including in the Privy Council, High Court, arbitral tribunals and in adjudications. The regularity of his court work means that he is very good on his feet, and is praised for his meticulous and forceful cross examination and preparation. Carlo is also a TECBAR and PNBA accredited adjudicator. https://www.crownofficechambers.com/barristers/carlo-taczalski/

Nicola specialises in professional negligence, construction and property related disputes. She has a particular interest in professional liability claims involving construction professionals and frequently represents architects, engineers, surveyors and contractors both as sole counsel and with a leader. She is ranked in Chambers & Partners 2019 as an “up and coming” junior in the field of Professional Negligence (TCC). Nicola is also recommended by the Legal 500 where she is described as “exceptional”.

Nicola is an experienced advocate and regularly appears in the County Court, High Court and in arbitrations and has been led in the Court of Appeal. https://www.crownofficechambers.com/barristers/nicola-atkins/

[Chambers]. “He is a brilliant lawyer with a real appreciation of the ‘human’ side of cases”, “a superb advocate, who always manages to engage the court and present arguments in a compelling fashion”, “highly persuasive” and “can make complicated arguments understandable” [Legal 500]. “He has a fantastic manner and outstanding judgement”, “Inspires great confidence and tackles problem with the minimum of stress” [Legal 500].

Many of his recent professional negligence cases have been in the commercial and company law sectors. This work fits well with his expertise in auditors’ negligence and his involvement in claims against investment/pensions advisers, tax advisers, and other financial services professionals. He is numerate (as barristers go). He is retained in cases where effective cross-examination is considered critical. Many of his cases involve allegations of fraud or other impropriety in the commercial world, and he is prepared to read closely large amounts of material in order to find out what really went on, and then – if necessary – to go to court to prove it. https://www.4newsquare.com/barristers/patrick-lawrence-qc/

Justin is a member of the Association of Pensions Lawyers (APL) and the Association of Contentious Trusts and Probate Practitioners (ACTAPS). He holds the Bristol University Certificate in Pensions Law and is recognised as an expert in pensions litigation in both the Legal 500 and Chambers legal directories. https://www.burges-salmon.com/our-people/Justin-Briggs

Kelly is an associate in Burges Salmon’s dispute resolution team and acts for commercial clients and financial institutes in complex multi-party disputes often with a professional negligence and/or pensions related basis. Kelly primarily acts on behalf of claimants in claims against actuaries, solicitors and surveyors/valuers.